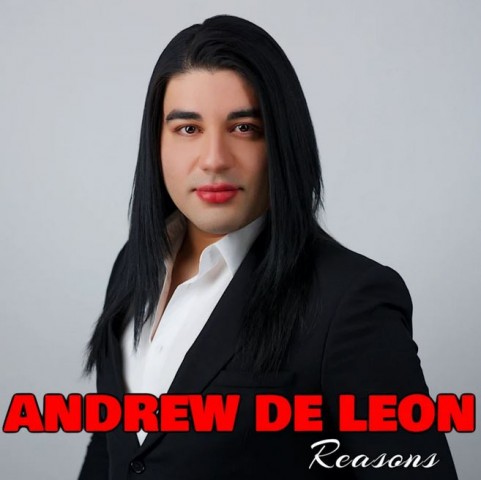 Andrew De Leon, the goth-garbed America’s Got Talent sensation who wowed the show with his operatic vocals during his 2012 audition with “O Mio Babbino Caro,” has signed a record label deal with opera singer and producer David Serero. “Reasons” by Earth, Wind and Fire, is the first single from this unique collaboration, covered in a Jazz style, arranged and produced by David Serero, with opera, adult contemporary, and easy listening vibes, resulting in a unique crossover blend. A brand new style for Andrew De Leon, where the full richness of his voice can be heard in his upcoming album “A Stranger in Paradise,” scheduled for June 2021.

From his shy and timid demeanor during his first audition on America’s Got Talent, one could never have predicted the powerful and confident singer we have gracing the music industry today. Andrew De Leon has come a long way since his television debut, where he brought audiences to their feet after belting out a heartbreaking rendition of Puccini’s “O Mio Babbino Caro,” including music industry legend Sharon Osbourne who deemed De Leon “an individual” and “a star.” The videos of his performance have surpassed 150 million views, and he was a worldwide sensation. Radio celebrity Howard Stern couldn’t hide his excitement. Fast forwarding to the year 2021, and De Leon has already quite an impressive and eclectic music collection under his belt, with albums consisting of pop, rock, classical, and even heavy metal genres. Andrew shows no signs of slowing down as he now prepares the world for his Jazz/crossover album, fully arranged and produced by David Serero. Nearly ten years of dedication to his art has brought him here, treating every project as different as they are, equally as important, but they are all tied together by one special thing, Andrew’s unique voice. “Reasons” by Earth, Wind & Fire is the perfect first single to re-introduce the world to Andrew’s vocal prowess, allowing audiences to remember why they love to hear him sing and also how far his voice has come. With a blend of soulful and classical vocals, this Jazz rendition of “Reasons” will have you swaying from side to side as you attempt to resist singing along. 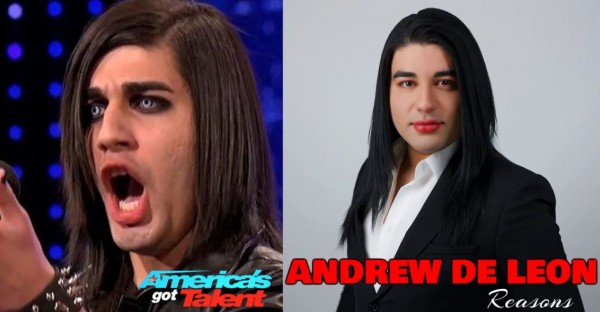 Born in Harlingen, Texas, and raised in surrounding cities, Andrew De Leon was exposed to all styles of music. Pop artists such as Britney Spears and The Spice Girls were among his favorites in the late ’90s until the early 2000’s when rock band, Evanescence, emerged onto the music scene, and De Leon became hooked. Unlike anything he had ever heard, it was a blending of classical influence in vocals and orchestration with instruments and lyrics of rock music. It was only when De Leon watched their lives in concert special on television that he realized he wanted to become a performer.

In High School, Andrew De Leon only listened to heavy metal to cope with the internal struggles of being an awkward teenager. Horror films were also a fun way for him to pass the time. In 2008 a film titled “Repo! The Genetic Opera” was released, and Andrew decided to view it. This decision changed his views on music, in general, forever. The film quickly became a favorite as it combined horror, over-the-top gore, and very catchy musical numbers, much like other films De Leon enjoys (The Rocky Horror Picture Show, Sweeney Todd, Little Shop Of Horrors). Out of all the performers in the film, one stood out to De Leon the most, Sarah Brightman. By that point, the only classical singers Andrew was aware of were Placido Domingo and Andrea Bocelli. Brightman’s range impressed De Leon and sent him down a rabbit hole of research. The more music of hers he could get his hands on, the better. Over time Andrew began attempting to sing like Brightman for fun, not thinking it would ever become a career opportunity. Years passed, and Andrew realized that singing might be what he wants to do forever.

In early 2012, Andrew De Leon noticed a commercial on television advertising auditions for America’s Got Talent. Although not without hesitation, he signed up. He had already heard about the show from viral clips he had seen on YouTube, specifically Susan Boyle’s audition. The very thought that maybe he could have a moment like that too further inspired him to go through with it.”

David Serero has orchestrated Andrew De Leon’s new album and built the tracklist to take Andrew in a unique artistic and vocal direction. “I’ve always enjoyed melting styles, genres, and personalities. When I heard Andrew’s voice during his performances on America’s Got Talent, I felt a strong desire, sensitivity, and courage in this unique artist. Destiny brought us together in 2020. He trusted my directions and added his special colors (consisting of a blend of opera, classical crossover, rock, and metal) to these beautiful classics and standards that I arranged in a Jazz Crossover style. His soprano-like voice matched Philip Bailey’s (EWF legendary vocalist) voice, and I knew that the results would be unique to have him sing “Reasons.” Very few singers can sing that song, and Andrew delivered. The photo of his album tells it all. You will now listen to a highly matured artist, at the top of his vocal skills, born with a God-given gift, and ready to conquer the world as he first did in America’s Got Talent. He is a dedicated hard worker and has so much to offer. This upcoming album, “A Stranger in Paradise,” recorded in New York, will bring to his fans and audience a new sound and start of his voice.”

“Reasons” is available on all platforms: