Earn While Listening on GazeTV.com – The Official Gramatik Channel Is Now Available

Gramatik, an electronic music producer and one of the most well regarded Crypto-Artists, announces his debut music channel on GazeTV.com, an innovative social entertainment platform with built-in tokenomic incentives and reward functions empowered by blockchain technology. Gramatik’s official GazeTV channel contains his new tracks, album releases and his previous music collections. Gramatik’s fans are able to earn incentives while enjoying his songs, videos and performances on GazeTV. Listen to Gramatik as never before

This innovative online video entertainment platform empowers content creators and their audiences to connect and interact with each other like never before. The GAZE tokenized ecosystem incentivizes audiences based on their level of engagement. For example, each view, like, comment and share can earn GAZE, which can be used for unlocking paid content and supporting their favorite creators on the platform. GazeTV.com not only brings a unique approach for Gramatik’s fans to interact with his music, but also a beneficial and direct way to show their support.

“At GazeTV, we’re repairing everything that is broken with social entertainment platforms. Instead of only content creators and the audience giving to the platform, we GazeTV give back to our users. We highly treasure creators and audience engagement. This is our mission – Every second counts,” says Jack Cheng, Co-founder of GazeTV.com.

Connecting the GRMTK with GAZE Ecosystem

With the amount of GAZE earned, audiences can unlock Gramatik’s premium contents on GazeTV. “I am thrilled to start my official music channel on GazeTV. Tokenized GRMTK ecosystem will also be activated on the GazeTV platform at a later stage, which will bring exclusive benefits for GAZE and GRMTK holders. Further details will be announced soon,” says Gramatik.

GazeTV is an innovative social entertainment platform with built-in tokenomic incentives and reward functions. Harnessing the advantage of blockchain technology, GazeTV was built with a tokenized ecosystem to empower creators and audience members to interact, support and continuously grow with one another.

Gramatik, real name Denis Jašarević, has released thirteen albums, four EPs, numerous original scores, singles, and remixes all for free. In 2013, he established his own record label, Lowtemp, allowing him to further realize his idea of music being a free medium. Following a long history of file sharing with his music, Gramatik released his entire discography in partnership with BitTorrent. Gramatik has been a long-time supporter of blockchain technology, participating in a multitude of crypto projects over the last decade and establishing himself as a leading advocate for blockchain’s potential to revolutionize the music industry and the artist-fan relationship in 2017 Gramatik became the first artist in history to tokenize himself with the GRMTK ERC-20 token. In 2021, Gramatik is announcing the launch of his content channel on GazeTV.com and his upcoming plan for the GRMTK tokenized ecosystem on the platform. 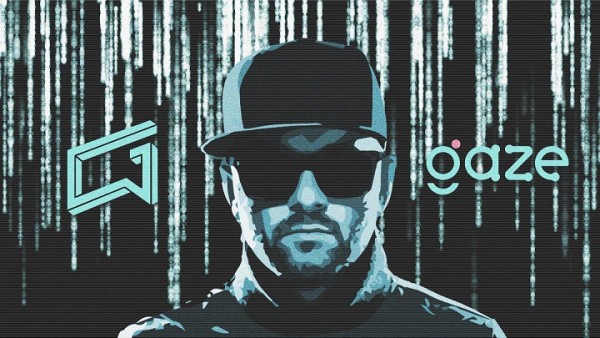