Jerold Toomey, poet and musician, releases his debut novel, “Bluestone Standing“. This fantasy-themed book lays a clear focus on Greek mythology, with a storyline falling between the fall of man and the Great Flood. Author’s Tranquility Press is now in charge of the distribution of “Bluestone Standing”. This unique ancient tale hit the shelves on 25th July 2019. 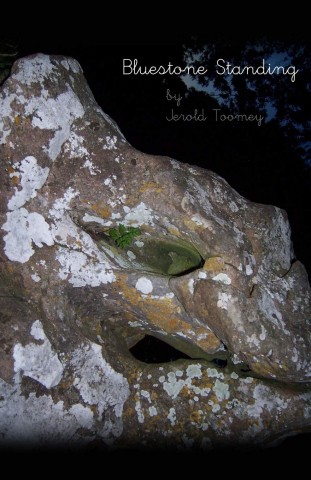 “Bluestone Standing” is an imaginative cruise through time and space. It reveals the unprecedented construction and purpose of the bluestone monoliths, a rendezvous for the gods, genies and demons as they battled to conquer the souls of mankind.

Jerold cleverly documents this era of the bluestone world, crossing hell and the realms of Poseidon and Atlantis. The reader will encounter fallen angels, deities, demons and historical figures both known and invented. They will witness the visions of the writer’s mind that are novel and make readers look at the real world and actual history in a new light.

“Toomey’s book reads more like a script for a fireside tale than a novel. He uses very little dialogue and a great deal of exposition throughout the novel, much the way you might expect from an old storyteller around a fire. Unfortunately, the time period Toomey attempts to cover is so long that I often felt that things moved too quickly, making it difficult to follow exactly what was happening. When I encountered confusing passages, I often had to read through them multiple times to understand the events”, says Kendra M Parker from OnlineBookClub.com.

Jerold Toomey is a resident of Cleveland. His area of specialty lies in original works. Ever since he retired from toolmaking in the machine trades, he has had time to discover his talent of writing. He studied creative writing at Seminole State College in Florida. Jerold is often considered a wordsmith, songwriter, poet, and lyricist of an original style. His poetry can be found at Allpoetry.com under his name. Jerold plans to compile a book of poetry and lyrics to be published in due time.