Home » Press Releases » Jupiter Jayne – ‘The Day I Met U’ 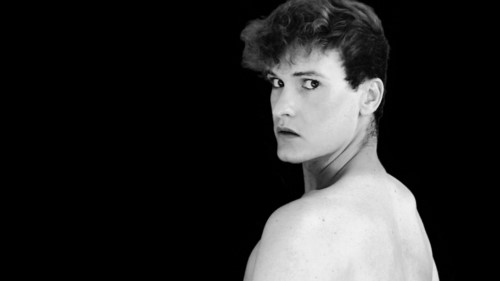 In the midst of forced isolation and endless time for self-reflection, many of us have been looking back to our pasts as a time we took for granted. Some have taken to their phones to message old flames, whilst others yearn for the summer experience of yesteryear. For Jupiter Jayne, this time has brought space to bare all and confess: I should have never got with you.

An emerging talent with hugely promising artistic career ahead of him – Jupiter Jayne takes centre stage with the enthralling technopop track The Day I Met U. Relishing in rich production and a hypnotic drumbeat, The Day I Met U is Singer-Songwriter Jupiter Jayne’s latest offering filled with an alluring bass-heavy dance vibe. With it, he brings a sombre regret of not realizing the toxicity of a partner earlier – the day he met them.

Emerging from a childhood of piano and Magix Music Maker, Jupiter Jayne has been crafting and performing music for most of his life. Born in South Africa and currently residing in LA, Jupiter Jayne has formed a reputation for writing, producing, and singing pop tracks that have an allure to loyal fans and radio airplay alike. With the intention of embracing peace, his discography spans feel-good club hits to pure, unfiltered honesty which is blended effortlessly with Jupiter Jayne’s yearnful vocals. Collecting inspiration from the likes of Prince, Bowie and Gaga, Jupiter Jayne’s innovative approach to dance-pop music encapsulates unfiltered, raw emotion much like his admired predecessors.

This EDM-infused pop track intoxicates with its clever use of rhythm and build-up, creating an ethereal beginning which echoes the lyrics ‘I should have left you / The day that I met you’. The muted nature of his voice indicates a relationship in the past, whilst the repetition of these lyrics plays on our minds regardless. The Day I Met U reflects long-time regret, of an involvement which cut too deep and left scars that remain clear. Brought with a catchy pop hook, we live and relive the first day Jupiter Jayne met the person who would come to be life-consuming, in all the wrong ways.

The Day I Met U is now available to stream and is the latest to join an impressive back catalogue including the likes of Hello Adele, French Kiss Me, and Astronaut, which can all be found on Spotify.