Gui Williams has captured the hearts of millions of fans worldwide! 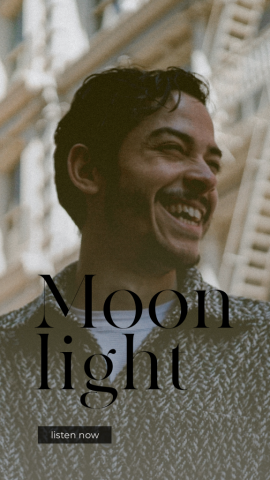 United States – Gui Williams is a multi-talented and full artist who performs as a singer, composer, guitarist, and producer. The singer was born in Brazil. But in the last decade, he has artistically formed in the United States. His career path to music got discovered at the age of ten when he got his first instrument: a guitar. Ever since that, he has refined his gift and expertise every day to become a good pro with extraordinary command over his voice. With the gospel as the starting genre for the musical universe, in recent years, Gui Williams has strengthened his diversified eclectic side by getting involved in vocals for Pop, Hip Hop, Pop Rock, and, eventually, for Electronic.

The artist specializes in releasing quality music, regardless of the style, by incorporating his talents with composition, creation, and performance of musical instruments such as guitar, piano, and bass. He has sung in the bathroom, on the streets, and in American bars, and he has been showcasing his style, tone, and voice on Instagram via exclusive and thrilling videos. He played in Germany and Brazil for audiences as well. His writing is easy, and his compositions strive to create a new atmosphere, grasping the immediate attention of listeners.

His latest release is a pop-rock single with the title Moonlight. The song is a pulsating rhythm, featured on Spotify editorial publishing playlists and the other electronic dance music media outlets! The rock beats have a little touch of EDM, Electronic Dance Music, which makes them a perfect play song at various club music and dance media parties. The famous song is making it an exciting launch of the year.

The sound of the songs of the singer conquered thousands of fans worldwide without a sticker. The striking voice brings his mission of independence, reality, and honesty! The Brazilian-American is an all-rounder musician, composer, vocalist, and producer and is, without doubt, one of the most promising musicians of the generation. He stands out to have 28,831 followers and 52,120 monthly listeners on Spotify. To top his label off, his fan following on Instagram reaches up to 43.4k followers with just 39 posts. Some of his earlier releases include popular singles like Easy, Dreams, Its True, Tuesday, etc. The artist playlists on Spotify are Acoustic vibe, Vibing, and Car Ride. The musician got a chance to be discovered on various music platforms like Dance Paradise, SoTrackBoa- a fan list, Chill Rap, and Academia 2021, etc.

The latest song, ‘Moonlight,’ will be officially released on 4th June.