Sam Ibrahim and Affari Group Inspiring Others to Pursue Their Passions 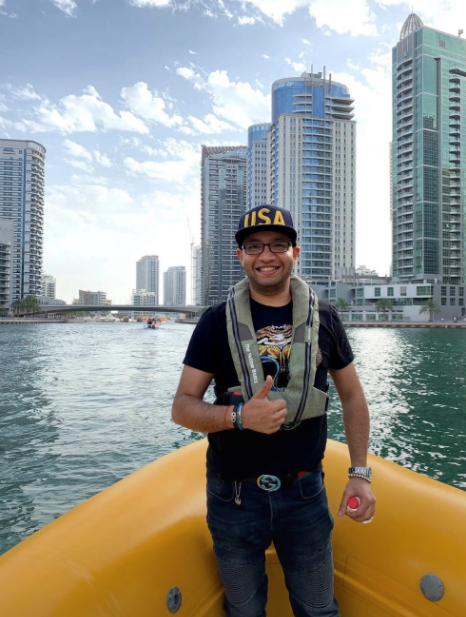 Making it big as a minority member in the United States can be a challenging, if not seemingly impossible, feat. But fashion professional and icon Sam Ibrahim is out to prove to everyone that anyone can become a star in their industry regardless of cultural background.

Currently based in New York City, Sam is the co-founder of Affari Group, a fast-growing luxury fashion brand that’s making waves all across the whole nation’s rag trade by helping luxury fashion brands expand retail to new markets. Born and raised in a Middle Eastern home and culture, the fashion entrepreneur is one of the millions upon millions of immigrants in the United States of America. In recent times, acts of discrimination have been reported worldwide, and many studies continue to show the lesser likelihood of success that minorities have in the country. Yet despite all odds, Sam Ibrahim has risen to the top of his trade. Today, he wants to use his platform to inspire others with a similar story to grow from difficulties and pursue their wildest dreams.

Sam graduated with a degree in Applied Science, majoring in Electrical and Electronics Engineering at Alexandria University back in 1999. He would return to school in 2005 to pursue a new path that was closer to his heart and picked up a Bachelor of Applied Science in Fashion Merchandising and Marketing from Berkeley College in New York.

He would graduate with honors in 2008 and embark on a journey of a lifetime. Upon graduation, he would land a job in Macy’s in New York as a Merchandise Planner. With every move, Sam Ibrahim would move up the ladder more and more. Barney’s , Bloomingdales and Amazon just to name a few of the corporations were Sam worked after Macy’s

Eventually, the fashion professional would lead and launch two highly successful private brands. Sam would also start a distributorship business and carry the highly-esteemed celebrity-owned eyewear brand, Prive Revaux. In February 2017, Sam Ibrahim launched Affari Group with his partners Gil E. and Hershy Mayer. Together, the company’s C-level executives have a combined experience of up to 50 years in manufacturing, distribution, marketing, and retail.

Affari Group’s combined network of fashion brands and online and offline sales channels helps brands access a broader distribution network and test new territories. Since it first began, it has helped its clients launch in over 22 countries worldwide, helping turn dozens of brands into global brands in a matter of months.

To call Sam Ibrahim an influencer in fashion would be an understatement. His work has shaken the foundations of companies, retailers, and brands in more ways than most could ever dream of achieving in their lifetime. He continues to expand his territories and that of Affari Group’s clients in the process. Affari has changed lives in the process, reaching unprecedented heights year after year and garnering praise and accolades.

Most notable of all is that the co-founders started the brand from scratch and have raised it to industry-leading levels in a matter of a few years. Despite reaching unmatched success levels, Sam remains humble and down-to-earth, never forgetting his roots and lifting up more of his brothers and sisters in the process.