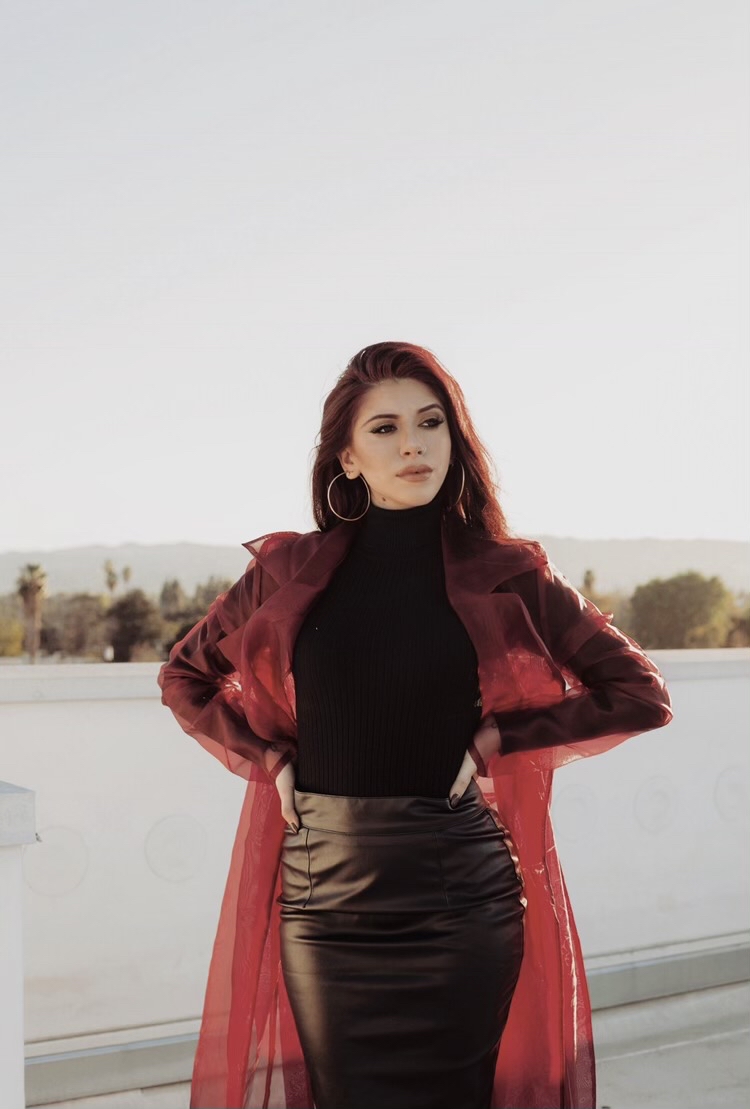 Music for many is not about love or passion alone, neither is it an avenue to make money or create a better life; for this category of people, music is life. This is because music is the air they breathe right from when they were born, it is their voice, and it is their last resort every time they need to draw their strength from within. For Alexa Ferr, music is her life; her life is music.

Alexa Ferr’s love for performing arts began at a very young age when she started performing at local singing competitions and as a dancer, thereby gaining eight years of ballet, jazz, tap, hip-hop, and contemporary dance. Alexa’s career took off professionally in 2011 when she released her first single, “Fell,” under Universal Music Group/Dauman Music, where she featured Disney star Matthew “Mdot” Finley. Following the release of “Fell,” Alexa worked with many producers throughout 2012, including the A-list production duo The Invaders, who helped Alexa (then a 17-year-old) discover her sound as an artist. In 2013, Alexa, a native of Toronto, moved to Los Angeles, and she released her debut EP, Lipstick On The Glass, where she introduced her fans and media platforms to the “rugged pop” sound.

Recalling her journey through the years, Alexa said, “The first few years of my career I worked with Th3ory (credits include but not limited to Chris Brown, PartyNextDoor, Janet Jackson) a lot, and we came up with some of my biggest and favorite records to date, ‘Room for 2’ and ‘Hit the Switch.’ In the last six months, I have been working consistently with producer Natural Disaster (Soulja Boy, Beyonce, Rick Ross) on not only music for my upcoming project but placement opportunities in upcoming films/TV and major artists’ projects.”

Between 2017 and 2018, Alexa perfected her solo songwriting skills while simultaneously working with producers to create music on her terms. In April 2019, Alexa released the single “Can’t Help Myself,” produced by Til December. The song showcases the evolution of Alexa’s artistry as an Urban Popstar, and as a songwriter, she continued to build her path to the top of the music industry. Her latest single, “What I Want,” was produced by Adot the God.

Not a day passes without Alexa expressing how humbling she feels at the opportunity she’s had to work with some of the industry’s greats. She described herself as blessed because not only are these people willing to work with her, they have also at various times shown the willingness to share their experiences and knowledge.

When asked where she sees herself in five years, she said, “I see myself performing all over the world, consistently releasing more music, inspiring a larger audience with my stories through my music, and I hope to open my label/studio where I can bring in upcoming artists and help develop them!”

Beyond music, Alexa loves to read, work out, cook, and travel. She aspires to one day have her clothing and cosmetics lines and her studio and talent agency. Dedicated to giving back, Alexa supports charities dealing with children, cancer, and domestic violence. She hopes to use her voice to raise awareness on these issues, all of which are personal.