Metropolitan Zoom, the leader in virtual Cabaret, Jazz, and Comedy experiences, invites you to hear the exquisite sounds of Queen Diva in a 90s Soul Divas Tribute. The 75-minute line-up of soul-touching songs includes top hits from R&B/Soul and Jazz legends such as “Don’t Let Go” by EnVogue and “Best Friend” by Brandy. Queen Diva will also be singing her own original hits, Is U In and Kisses In The Dark. Queen Diva believes the ’90s was a time in her life when she was paying her dues as a young singer and songwriter and she loved every single moment of it. It was a decade when all styles of R&B music were fun and enjoyable. “I missed the creativity and good times I had in the 90s. Singing these songs gives me such great joy and I smile every time I sing them” Queen Diva stated.

Queen Diva is a Caribbean and French singer, songwriter, and entrepreneur. Born in (Jamacia) Queens, NY, and raised in Houston, TX, Queen Diva is an award-winning vocalist who is most often compared to the sounds of Jill Scott, Jennifer Hudson, and Whitney Houston. From singing in the hallways of the music department in Prairie View, Texas, to singing on Broadway, Queen Diva’s sound pulls from influences of r&b, blues, and jazz, tied together by her signature five-octave range.

Queen Diva is currently promoting her debut R&B/Soul song “Is U In” released on her Divine Voices Music Group label. 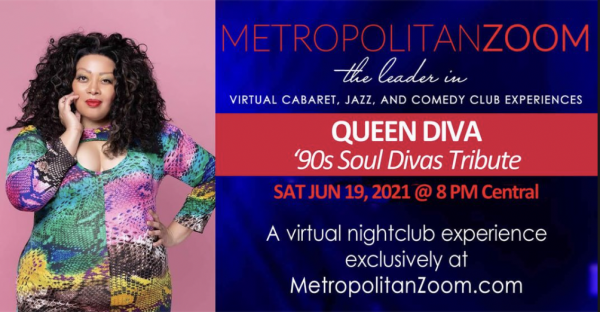