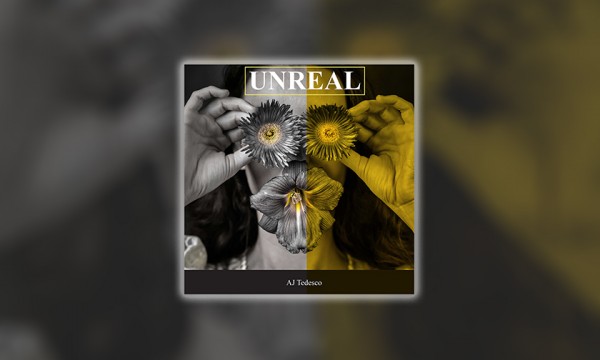 Unreal, a collection of nineteen poems by AJ Tedesco, continues to garner acclaim for its nuance, depth, and evocative language. Written over the course of two decades, Tedesco’s work reflects on the nature of existence as it is perceived by the extraordinary eye, blending the physical with the abstract.

In Unreal, Tedesco approaches the same subject from many paths, dissecting the relationship between opposites and holding them up as a mirror for the world. In a foreword by fellow poet Erin Marie Hall, she describes Tedesco’s poetry as a gateway that reminds “the reader that they are part of an eternal story.” Unreal is both a commentary on power and an analysis of how it can be married to love and sexuality in context.

Readers who enjoy poetry with a darker, sensual edge will find much to appreciate in Tedesco’s work. Early reviewers praise Unreal as an exceptional collection, stating, “I would gladly recommend this one to any adult reader who enjoys poetically tasteful erotica that’s been peppered with contemplative scars…”

When asked to reflect upon Unreal, Tedesco simply remarked, “Not all love is good; not all pain is bad.” While that concept may seem uncomplicated at face value, it serves at the basis for Tedesco’s thematic exploration in Unreal and lends power to the distinctive voice that characterizes standouts like “One of Us…”

Unreal is available for purchase on Amazon.com or wherever books are sold. AJ Tedesco is a writer, photographer, and filmmaker based in NorCal.