Home » Press Releases » Taurie Agrees With Rihanna’s Quote: “I have to think and act like a woman, this business forces you to”.

Taurie Agrees With Rihanna’s Quote: “I have to think and act like a woman, this business forces you to”. 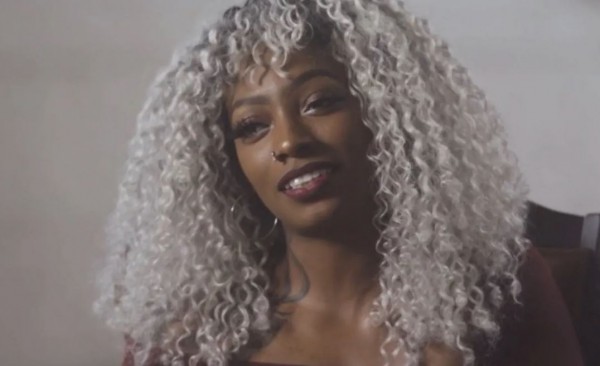 The music industry is filled with artists that collaborate and are known for following the steps of others. From getting advice to working together, artists come across each other in many ways.

However, it comes rarely when artists openly agree to the arguments passed by others. Even if they do, they are sure to add something to the notion made. But Nigerian pop star Taurie seems to be different within this niche as she agrees with one of the iconic singers of all time, Rihanna.

Rihanna, who is known fabulously for her fantastic releases and fashion sense, is one of the ideals that many singers and fans admire without a doubt. Recently, she released her statement regarding the industry and how being a woman, it becomes difficult to find opportunities to push oneself forward. 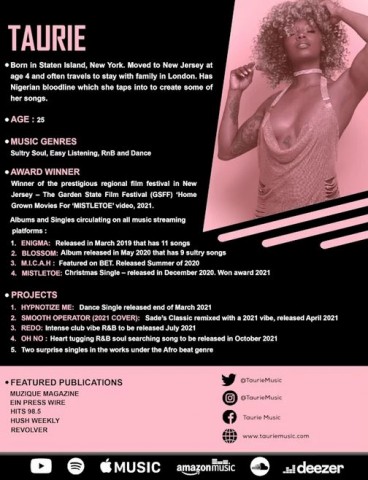 As she told the press, she quoted that being a woman, one has to think like a woman for progressing in the industry. It surely created a ripple in the media and the industry as something coming like that from someone who has enjoyed the peak of the music industry is astonishingly fascinating.

However, amongst the stars to join hands in this matter, singer Taurie surely resonates with the ideas shared by Rihanna. In an interview with our sources, she gave some insights on how she feels being a part of the industry and why she felt that whatever Rihanna said was quite right about it.

“You can see most of the male artists dominating the industry. It has always been like that. Males have taken good spaces whereas it becomes really hard for female artists to emerge on the top. Plus, being a female, you have to compete with so much. There’s a background to why Rihanna quoted this thing and I think it’s fair that she did because the industry does push you at times. Therefore, being a woman, you really need to think and act like one instead of impersonating someone else, especially a male. You’re a woman and you need to own it and therefore, I think what she said is 100% true,” she added. 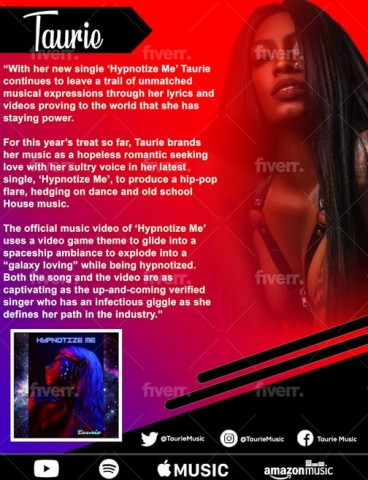 Taurie has been regarded as one of the most influential pop stars because of her amazing sultry music releases. She’s won awards for her music videos and has releases solos as well as two albums so far. She plans on releasing multiple solos this year as well as come in collaboration with some of the big names in the industry.

Apart from that, her fan following is huge with more than 60k followers on her Instagram profile within a short span. Her songs are available on Spotify and iTunes, which have great stats too. Moreover, she’s well known for her ability to have hands-on skilled experience in multiple musical instruments. From song composing to singing and video directing, she’s an all-in-one artist that is making her way on the big stages. As for her interpersonal self, she’s a compassionate artists that aims to be the best amongst the pop stars of her generation.

previousFive Favorite Foods That Taurie Loves
nextSummer Is About Break Out Songs, Taurie Agrees With Her Latest Single “Hypnotize Me”