The Names of Many Koreans lit up New York Times Square 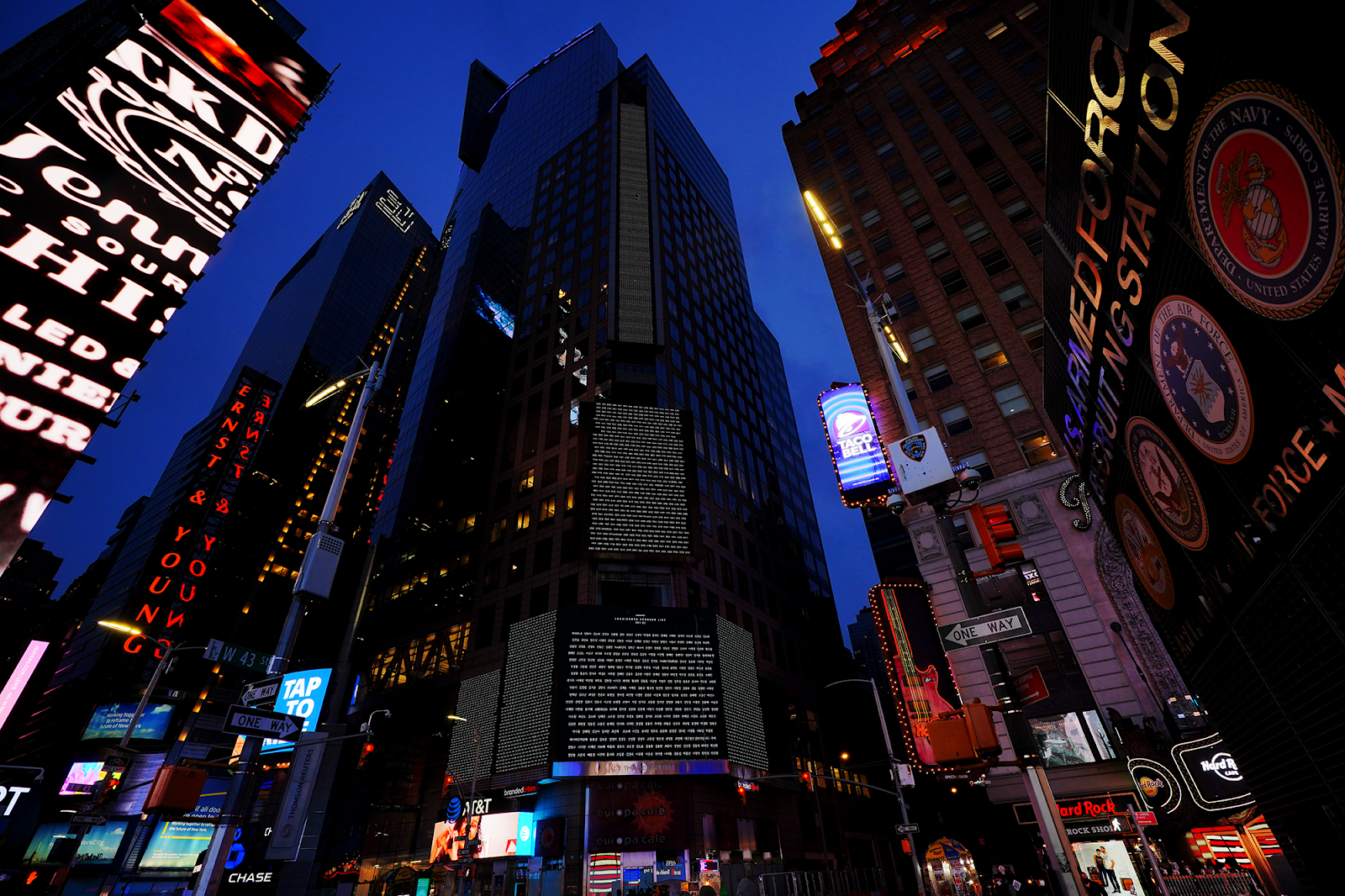 Recently, a small fashion brand has become a hot topic with many Korean names appearing in Times Square, New York.

This advertisement began with the photo of a woman in the Korean traditional costume, Hanbok, followed by a photo of kimchi and bibimbap, as well as a large group of people supporting Korea with a huge Taegeukgi during the 2002 Korea-Japan World Cup. In addition, the words Hanbok, Kimchi, Bibimbap, and Taegeukgi, whose origins are being threatened by China as they have claimed they are theirs, appear sequentially. At the same time as stating that all of them are Korean traditions, they showed old Korean books that back up their story, as well as paintings of Hanbok drawn hundreds of years ago.

The highlight of this advertisement is where the names of thousands of Koreans scrolled by. The list of names contains numerous Koreans who are trying to protect the Korean history and culture that are being threatened.

This video, which shows Korean traditions and nationality, showed a passage from the annals of Joseon Dynasty history that says, ‘History is not simply a record of the numbers that have passed, but is alive.’ It concluded with a famous Korean adage that ‘there is no statute of limitations on judgment in history’.

The small Korean fashion brand that carried out this advertisement is Lakai Korea, who already has an iconic reputation as a ‘patriotic brand’ among many Koreans. On Independence Movement Day, Lakai Korea advertised Hanbok in New York Times Square to commemorate Korea’s grand independence movement. When countless Chinese and Japanese criticized and mocked this history, they announced that they will proceed with international lawsuits for those comments in New York State in which the advertisement was carried out.

And after hearing the news, numerous Koreans started sending requests to Lakai Korea to open funding for money that could be used for these international lawsuits. Lakai Korea provided a 50% discount on a product under the name of ‘International Lawsuit Sponsorship Box’ for such requests, and a list of all sponsors is posted on their official website.

In order to inform everyone that many people are supporting Lakai Korea to defend the history of Korea, Lakai Korea has released a list of all sponsors in Times Square in New York. This is an unusual corporate advertisement with names of ordinary people rather than celebrities, sports players, etc. Even world-class companies are admiring this momentous act.

Also, when the list of Koreans who have sponsored the history of the country lit up the evening of Times Square in New York, Koreans filled of patriotism touched the hearts of people around the world.

Lakai Korea started to advertise its brand name beginning with sneakers sponsoring Dokdo from the beginning of its launch in Korea in 2017. With a unique conviction, they have been steadily striving to spread the history of Korea.

Thousands of people have praised this advertisement

Korea, which had a painful past, has been able to develop by not only constantly striving for the development of the country, but also by supporting the Korean identity that does not forget past history. This identity can be confirmed through this company’s advertisements.