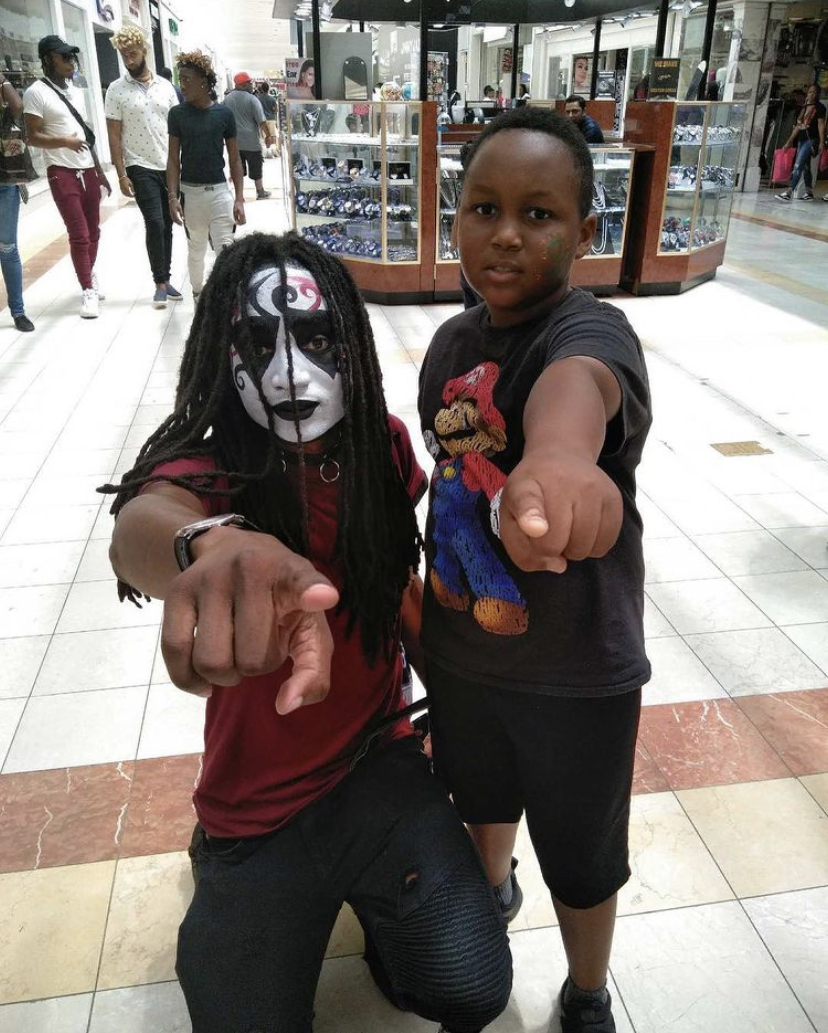 Not all heroes wear capes—some of them hold microphones. The Black Bon Jovi has gone beyond making music simply for entertainment to impacting lives with his music and championing the cause for people struggling with cancer, a voice of hope and light on a dark and lonely path.

Dominic “The Black Bon Jovi” Smith, a.k.a. The Cancer Killa, is a recording artist and founder of a nonprofit kickball team—The Cancer Killas—which journeys from state to state conducting fundraiser games to aid in the treatment and rendering of care and assistance to cancer patients and survivors.

The Boston-born artist has dedicated his remarkable skill and talent to creating music that uplifts the soul and spreads a message of hope to anyone struggling, especially those who are currently suffering from or have in one way or the other felt the direct impact of cancer. The Cancer Killa knows all too well the crushing and debilitating effects of the disease and how lonesome the journey could be after watching his aunt battle with cancer for years before eventually passing on. His reaction to that life-altering experience inspired him to utilize his music career in spreading awareness and raising funds to help cancer patients who may be in dire circumstances.

According to the artist, “Many of our family members have lost their lives as a result of cancer. No one knows how it feels until they have been confronted with the aftermath of this horrific disease. We are about spreading positive energy to the ones that are in need, knowing that we have helped someone that may be suffering alone.”

Through his foundation, The Cancer Killa Foundation, he hosts a non-stop rally of events to foster awareness and gather resources and donations. The foundation has gained traction within and outside of the United States, forming affiliations with the American Cancer Society and Southern California Chinese Relay For Life Committee to immerse with communities across the region and into South America, Canada, Europe, the Middle East, and Africa.

The Cancer Killa says that the fight to conquer cancer is a collective one, and everyone must join forces. That very same energy is what he brings to his music, a universal message that accentuates togetherness irrespective of race, preconceived notions, or any of the other things people use as a tool for division. “I want the world to realize that these fights are for everyone. We all need to work together to get through the difficult times. I do my part through my music and financial commitments and can really use the support from everyone worldwide.”

As a part of his continuing efforts, The Black Bon Jovi has organized the Cancer Killa Foundation’s 3rd Annual Cancer Survivor Celebrity Kickball Fundraiser Tour coming up on June 5, 2021, in Los Angeles, California, at The Boys & Girls Club, followed by exhibitions across multiple cities.