The carbon emission problem has been repeatedly talked about ever since the Paris Agreement was signed by nearly 200 parties in 2016. As the cryptocurrency craze swept the world in 2020, worries arose about the high energy consumption generated to mine the likes of Bitcoin. The massive energy consumption around its Proof of Work (PoW) method of consensus is regarded as one of the key issues plaguing the whole industry. As a result, PoW has become a huge obstacle hindering Bitcoin, Ethereum and other PoW based blockchain consensus models from mass adoption. For any emerging technology to go mainstream, the potential impact it has on the environment plays a vital role and may lead to various difficulties if not dealt with properly.

A famous automobile manufacturer recently changed its attitude towards accepting BTC as payment for its cars due to climate concerns, causing a new round of controversies about the actual benefits of blockchain and related industries, including DeFi. On the positive side, the concept of blockchain and cryptocurrencies is drawing unprecedented attention. However, criticism is building in prominent sectors of the media, accusing the tech of operating at the cost of the environment. 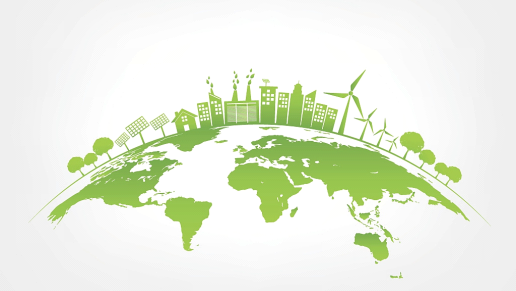 This might be the reason users are witnessing an increasing amount of projects turning“green” these days. The notion of carbon neutrality has become a marketing proposition. Now, protocols and consensuses are determined to turn “green” by altering the way their whole projects operate, despite how challenging and complicated this process might be if it was not part of their origins.

Distinguished from those chasing the trend, there is one blockchain platform that set climate change mitigation as its core development basis from the very beginning.

That blockchain platform is RChain.

RChain is a public blockchain committed to supporting the growth of smart contracts,  facilitating complex coordination, and addressing global issues. The chain is powered by CBC-Casper Proof of Stake and Rholang, RChain® Cooperative’s own programming language. RChain’s Proof of Stake method of consensus allows for a scalable world computer without the harmful effects found in bitcoin and Ethereum’s Proof of Work approaches.

The CBC consensus coupled with a concurrent virtual machine provides a mechanism for all nodes to produce and verify blocks concurrently and supports large data to be stored directly on-chain, hence eliminating the need to implement a separate storage layer. Meanwhile, Rholang, based on the revolutionary Rho Calculus, unlocks the maximum potential of blockchain by empowering developers to write smart contracts safely and allowing secure orchestration of large quantities of on-chain contracts.

On its way to build an economically secured, leaderless distributed consensus algorithm, RChain deems it crucial to realize superior scalability and seamless interoperability at the same time. Almost all public chains, represented by Ethereum, have to serialize transactions. In other words, they process transactions sequentially, even though most of those transactions are by no means correlated with each other, as is the case in real life. Narrowing a multi-lane highway down to single lane would obviously throttle the traffic, making the whole infrastructure impossible to support a large amount of drivers (nodes) joining every day.

In addition, in terms of supporting smart contracts, Ethereum also exposes massive security risks because developers programming on a global computer could produce very expensive bugs that can be by no means recoverable if exploited by attackers. 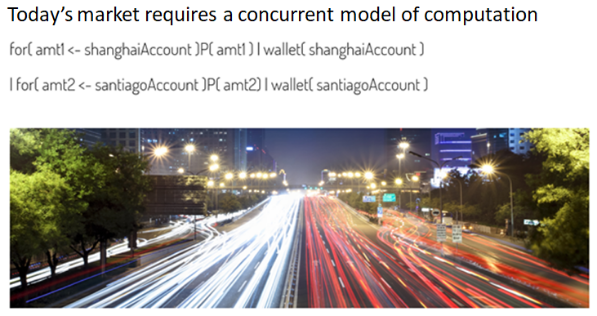 RChain adopts a radically different development methodology, involving multiple innovations including: 1) a consensus layer based on Casper CBC, 2) concurrent execution based on block merging and 3) namespace based sharding.

The Casper CBC protocol allows all nodes in the network to concurrently produce and approve blocks, instead of periodically electing one node as block producer using PoW or other PoS protocols as seen in most other blockchains. The block merging mechanism allows the system to quickly detect the conflicts between blocks without running them, so that non-conflicting blocks can be safely merged and new blocks can be produced on top of that.

This design revolutionizes the way blockchain works, upgrading it from a rudimentary sequential machine to a modern, concurrent executing powerhouse.

When combating the impossible triangle, the trilemma of simultaneously achieving decentralization, security and scalability, some developers would seek sharding as their ultimate solution to scalability. Sharding enables the network to process more transactions per second (TPS) by dividing a big network into smaller partitions. Much as it smooths the path for the system to process more transactions at any given time, the technique is difficult to implement and may result in a group of semi-independent sub-systems whose cross-shard coordination becomes much more complicated. RChain comes to the rescue! 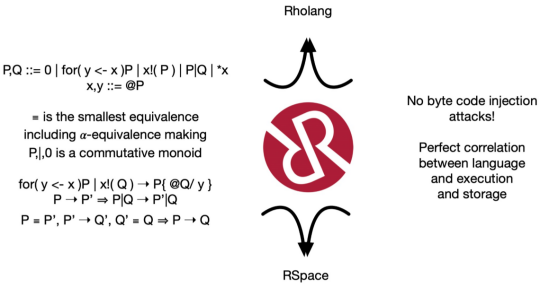 Unlike some of the popular projects that adopt an address based sharding approach, RChain classifies consensus groups based on business logics to expand the state space of on chain computation. The transactions accessing certain resources will be validated and approved by the corresponding consensus groups maintaining those resources. All these resources and consensus groups are organized into a tree like structure called a namespace. Its architecture is designed to realize concurrent block production and concurrent execution to achieve infinite scalability within a single shard as well as across multiple shards.

With the implementation of the Rho-Calculus static deployment mechanism, block merging and fast conflict-detection algorithm, RChain also makes it possible for complicated cross-shard transactions to be verified and finalized atomically and concurrently by all involved shards. This means the cross shard transactions can be done seamlessly and safely just as within a single shard. Thanks to RChain’s innovative and exclusive technologies, which facilitate inter-shard coordination without interfering with each shard’s operation, RChain has faith in its vision to build an on chain world computer that embraces both scalability and composability. This is a task that only RChain can accomplish.

Lucius Gregory Meredith, founder and CEO of RChain, talked about its history, saying: “We need a global decentralized world computer to help us address the coordination problems of climate change. That is the core vision of RChain.”

RChain recently joined the Climate Chain Coalition as well as the Crypto Climate Accord to facilitate international collaboration around the vital role that blockchain can play in climate change mitigation.

On May 30th, the 2021 Spring Meeting was held. For the first time in its history, digital currency and blockchain technologies were discussed in a special panel. During the panel discussion, Gregory shared the latest developments on the project, and also commented on the importance of bringing concurrency to the design of a workable digital currency system.

At the same time, the forum was attended by the current and former presidents and top level executives from the regulatory and fiscal committees and central banks of major economies.

As a ground breaking technology, RChain overcomes the scalability problem by bringing concurrency to blockchain. Its unique reactive smart contract system equipped with secure-enforcing behavior types, working in a leaderless setting, is more suitable than other projects for time sensitive, fairness requiring and mission critical decentralized applications such as DeFi. RChain’s unique technology makes it the best candidate to build a functional world computer.

Beyond this, the team takes the mission to deliver an essential global coordination tool to fight against climate change that will benefit the entire humanity. 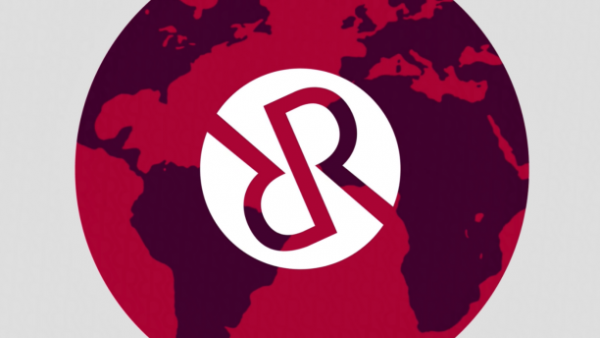