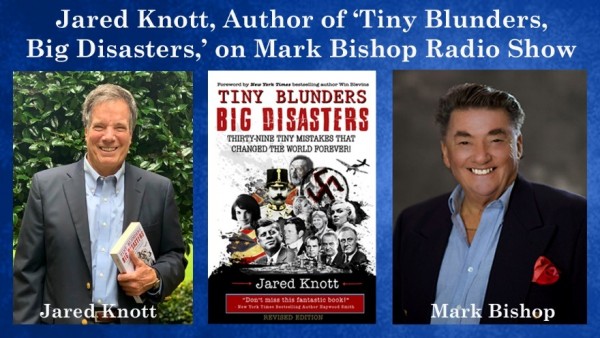 Mark’s style of interviewing is both honest and caring, with a sense of fun. The Mark Bishop Show can be heard on demand at any time on this channel/website and is featured on the best of the Podcast broadcast platforms around the globe including – Apple Podcasts, Google iTunes, Spotify, Spreaker, iHeart Podcasts, Deezer and many more.

Following a discussion of the famed Butterfly Effect, where a small event causes major ramifications elsewhere, Bishop brought up the tendency of Kings, Generals and Presidents to make their biggest mistakes following great triumphs. Knott noted that this is called Victory Disease and one of his favorite topics in the book. Another phenomenon, Murphy’s Law, was at work in the sinking of the Titanic and Knott’s explanation of a fascinating aspect of the tragedy was sad and poignant.

Knott picked up the 2021 International Book Award, in the History category, and a New Generation Indie Award, (Finalist History Non-Fiction). Having garnered over 930 positive reviews, including one from the Mensa Bulletin, Tiny Blunders, Big Disasters hit the Amazon bestseller right out of the gate and has remained there for seven-months, this while also #1 in six different categories. In addition, a major audiobook producer, Black Stone, is putting the finishing touches on a Tiny Blunders audiobook.

Listen to the whole interview at https://soundcloud.com/expertclickradio/jared-knott-author-of-tiny-blunders-big-disasters-thirty-nine-tiny-mistakes-that-changed-the-world-on-mark-bishop-show.

These Tiny Blunders which caused Big Disasters also revolve around the personality and upbringing of the famous and infamous, thus allowing Jared Knott to explore various dynamics such as the intense family rivalry in the Kennedy Clan or the circumstances which gave rise to Presidents Lyndon Baines Johnson and Richard M. Nixon. From ancient to modern times, battles, war campaigns, bureaucratic decisions and the psychological makeup of the main players is explored. 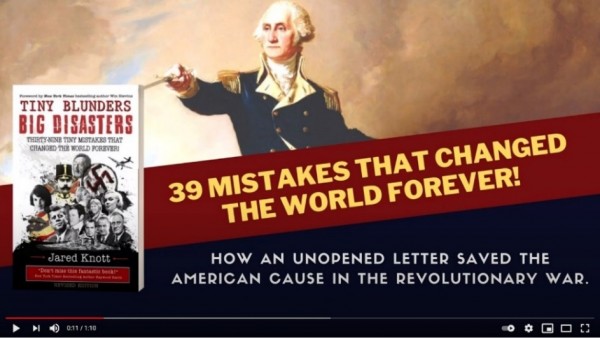 “This book has taken the reader through a great circuit of human experience from one end of the world to the other. This is one of the most energetically satisfying books about history-and about the way we remember-to grace the shelves.” – Grady Harp, Amazon Top 50 Hall of Fame Reviewer, 5 Stars

Even for those well versed in history, there are surprises and new information hidden in the rich detail of stories about the American Revolution, World War II, the American Civil War. Lost battle plans, poor ship designs, hubris, groupthink, medical mistakes, evil, madness and sacrifice, this book has it all and more.

Jared Knott wants the reader to learn from history, to know that looking after the small details is vital in order to obtain the desired outcome. Carelessness changes and costs lives, many times sparking a tsunami which engulfs individuals, nations and empires. You will never discount the small details again after reading Tiny Blunders, Big Disasters. Of course, Tiny Blunders can lead to wonderful discoveries, such as when Alexander Fleming left some bread out and it molded, thus leading to the discovery of penicillin.

“In these days, with attention deficit being a huge problem, this book has the ability to sharpen people’s focus, with the understanding that even a tiny snafu can cause things to happen which move the world. As a huge fan of history, I couldn’t put this book down.” – John J. Kelly, Detroit Free Press, 5 Stars

“I studied Modern History and knew the details of some of the events he writes about. Yet, he has uncovered tiny details, omissions, or slight mistakes which occurred at the time, and in telling them, reveals how these moments in time had enormous impacts on our world today.” – Susan Keefe, Midwest Book Review, 5 Stars

Jared Knott has had numerous articles published in the Mensa Bulletin and in graduate school textbooks on subjects ranging from Supreme Court Reform to Arctic Exploration. 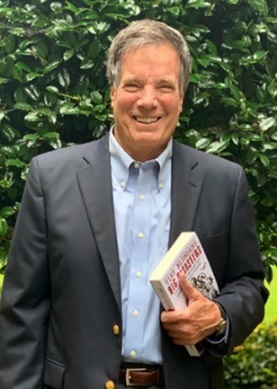 He was a decorated combat infantry officer in Vietnam in the First Air Cavalry Division. In his civilian career, he has served as a vice president of sales + marketing and marketing director in the home improvement industry. A father of five, he lives in the Atlanta area with his wife, Kathryn.

For a review copy of Tiny Blunders, Big Disasters: Thirty-Nine Tiny Mistakes That Changed the World Forever!, or to arrange an interview with Jared Knott, contact Scott Lorenz of Westwind Communications Book Marketing at [email protected] or by phone at 734-667-2090.