Bella Presley hails from a lineage of an artistically noteworthy clan in the entertainment business. Having maintained a mysterious aura and low profile for years, she is finally ready to emerge as a breakout star with a smooth, raw, and melodic dark pop sound.  Bella Presley has just released her debut album entitled “Cruel Intentions” on October 23rd, 2021. 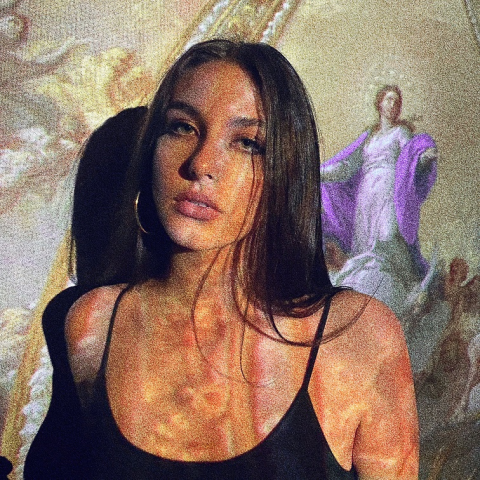 Major label A&R’s from the greater Los Angeles area have compared Bella Presley’s unique sound to artists like Lana Del Rey, Billie Eilish, and Lorde. At the young age of 20, Presley is a promising new force in the music industry. Rumors abound of Presley collaborating with industry heavyweights privately, positioning herself to soon be the next chart topping artist out of the LA area.

Her music speaks to the masses of heartbreak, romance, love and tragedy. She has a dramatic flair on the female perspective of life experiences. Viewing the world through the lens of Bella Presley is something you can only experience through her heart-felt music and lyrics. The pain and passion runs deep into the minor keys and tension-filled guitar licks.

It’s hard not to feel nostalgic of past relationships gone awry while listening to this album, yet there’s an underlying peaceful embrace of acceptance in the way it’s delivered. Something like listening to the steady ocean waves on a gloomy summer day, venting harsh realities, but for healing and unifying purpose. With the new age of millennial music its refreshing to hear something that has such an old soul to it.

The track “Cruel Intentions” is a cinematic piece that embodies a roller coaster of emotion, and showcases her vocal range and mesmerizing voice.

Her song entitled “Runaway” has a St. Tropez club feel, a cheeky upbeat track about feeling used, with a catchy clap beat that is sure to have listeners dancing.

“Malibu” is an extraordinary, melancholy piece of love gone awry, with haunting interludes of electric guitar. She transports the listener to the “small town of Malibu, where I know everyone but I don’t know you”.

“Play 2 Much” has an extremely diverse melody conveying the essence of a deep love affair being treated simply as a game.

The song “Give it Back” has a light angelic flair, intertwined with a classic instrumental interlude, mimicking the lyrics of loneliness and anger.

“Shoot Me Down” is a duet with Presley and Zach Salter, a deep house pop song with a beautiful back and forth between hearts that are still attached but the heartbreak is unresolved.

The new wave of rising star talent is shifting into the direction of soul, while still keeping up with TikTok hits. Going viral on the internet is both easier and more difficult than ever before. On one hand you have accessibility like never before to massive audiences, yet on the other hand you have extreme competition fighting for that very same audience.

“It has now become the path of many new emerging artists to stardom. I feel certain Bella Presley is on the path to stardom.” – Elizabeth Carl

Listen to Bella Presley on all digital streaming platforms now.