Our platform is one of the few that benefits from both bull and bear markets.
With the help of their new token, $FBA, users across several blockchains will be paid when they trade. Decentralized Exchange (DEX) aggregator Firebird Finance announced on Friday that their unique token, $FBA, will now be given to those that swap using their platform on Fantom (FTM) and Cronos (CRO). The Firebird aggregator touts industry leading tech that helps save users from high slippage by combining lots of disparate platforms into one. By using combined liquidity from these individual sources, savvy traders

Firebird is hoping that with the launch of $FBA, the gap will further widen between them and their competitors as users will be sent the token to further incentivise the use of the platform.The mechanism behind the token is tied to performance fees they generate from providing better quality swaps. Users will have an option to stake their $FBA and participate in decision making when it comes to revenue distribution which also includes profit share paid to those stakers in stablecoins. 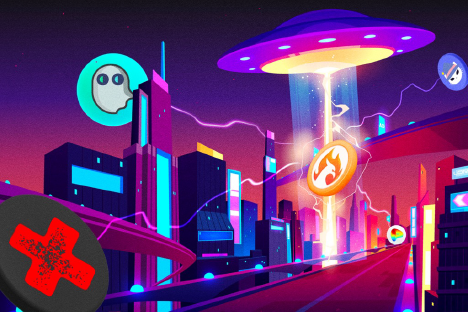 The team stated: “Our platform is one of the few that benefits from both bull and bear markets.” when discussing that aggregators are heavily utilized by experienced traders no matter what the market conditions are. Continuing by saying “With sudden volume spikes from traders on either side of the spectrum bringing in fees for the platform and stakers, anybody that swaps using Firebird will have a net positive experience regardless of market conditions”.

Firebird has set themselves a short term goal of achieving $100m in daily volume which equates to 2.5% of average volume across all existing active blockchains. Whilst ambitious, the project already captures 8% and 3% on Fantom and Cronos respectively. 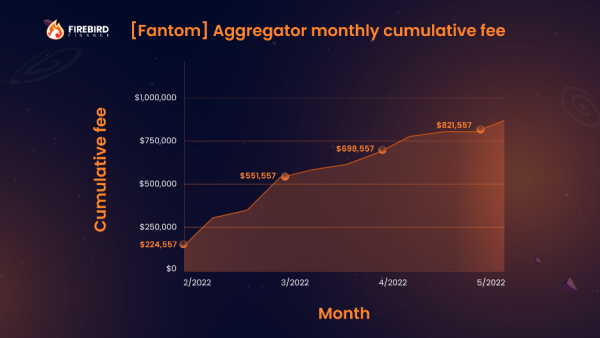 When fees are accumulated on the platform, they are split 3 ways subject to future governance in order to foster the stability and development of the project (25%), to build protocol owned liquidity (50%) and to attract long term stakeholders via profit share (25%).