Fintech company PayCertify, based in Los Gatos, is shifting its headquarters to Reno, NV, according to a statement released on March 31 by the Economic Development Authority of Western Nevada. More than 200 jobs in both biotech and fintech are anticipated to be created by the companies “over the next several years,” according to a press statement issued by EDAWN announcing the development.

On March 31, Chase Harmer of PayCertify announced that in addition to the move to Reno, it was one of nine companies to receive tax abatements from the Governor’s Office of Economic Development in exchange for doing business in the Silver State. PayCertify’s proposed Nevada location is off Pleasant Oak Trail in South Reno.

ProfitPay is a well-known company in the fintech sector on a global scale. The business was founded in 2014, a year when financial technology was a completely new idea. Since its founding, a sizable amount of time has passed, and it has become a Fintech juggernaut. ProfitPay is a digital platform that enables users to execute international transactions in digital banking, card issuance, and payments. The business wants to protect the interests of its clients while integrating quicker payment processing technologies into its system. Chase Harmer recently disclosed a relationship between the business and another Fintech organization. Invoices with payment links, cards-on-file, and pre-authorizations for payments are just a few of the additional services that consumers can n

According to Chase Harmer, PayCertify is a fintech platform that integrates the entire consumer and merchant experience from beginning to end. It uses analytics and insightful data to connect data sets from both the consumer and merchant sides of the transaction in real-time, which has never been done in the payments industry before. Any business may become more profitable thanks to the All-in-One platform’s usage of best-in-class fraud prevention, card issuance, and acquiring, which also offers customers rewards on all debit card purchases.

“PayCertify focuses on technology and putting founders first, Nevada is building a big entrepreneur network so it’s naturally a good fit”, said Chase Harmer, Founder and CEO of PayCertify. “The company is growing considerably and in the next 2-3 years we are looking to hire over 100 people starting with establishing our client growth team in Reno, Nevada. Moving the company has always been part of the plan for PayCertify, California taxes are extremely high and the state has become extremely crowded, we wanted to go to a place where they help businesses grow and thrive, and Reno, Nevada is a great place to do it. We want to be where the action is, and Reno is now becoming the new Silicon Valley.” 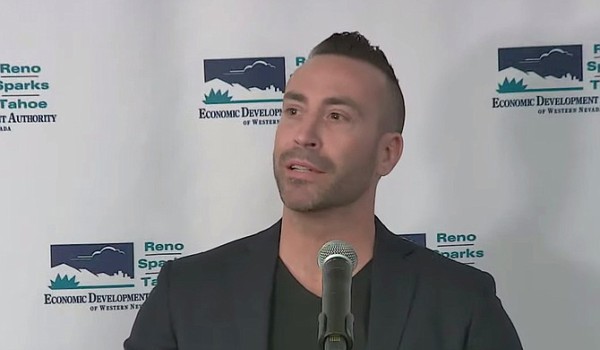 Longevity, integrity, and honesty. These characteristics have influenced Chase Harmer, a successful businessperson, leader, public speaker, and innovator. Chase has founded businesses, led organizations, developed products, and assisted in bringing out the best in his staff members over the past 15 years.

As a merchant services expert, Chase has introduced a number of businesses and products that target the hotel and e-commerce sectors, including MLS Hotel, Power Payments, Payment Reservations, and Pay Certify. His businesses carry out transactions and produce software that prolongs the life of merchant accounts and improves cash flow in certain sectors.

Chase Harmer, PayCertify’s CEO, is the firm’s visionary. PayCertify is a global payments company that works with companies in the e-commerce, healthcare, and travel verticals, handling billions of dollars’ worth of transactions each year. Chase began his career in banking at the age of 19, and throughout the course of his two decades of experience, he has established portfolios handling billions of dollars globally and issued multiple patents. The CEOWORLD Magazine’s opinion columnist is Chase Harmer. On LinkedIn, follow him.