The Charismatic Actor “Jordan Nancarrow,” Expected to Get more Scenes in Surviving The Cartel Season 2.

After his brilliant performance in playing the role of Detective Kyle Chapman in “Surviving The Cartel” season 1, Jordan Nancarrow will have more scenes in Season 2.

Two months after 1265+ has unveiled its latest original series, “Surviving The Cartel,” an interconnected survival story from the perspectives of three different characters. 1265 Films, the company that produces Surviving The Cartel, has announced last week that the 26 -year-old actor will get more scenes in the upcoming season that will be filmed next year in the United States, Mexico, and Italy.

“After analyzing the streaming data of season 1, we have concluded that the choice we initially made in casting Jordan Nancarrow has proven to be right. People clearly like to see him on the screen. That’s why we have decided to give him more scenes in the upcoming season” a representative of 1265 Films said in a statement.

Jordan Michael Nancarrow (Jay) has been reputed for his craft and compelling performances on-camera. Before landing the role of Kyle Chapman in Surviving The Cartel, Jordan has starred in multiple films – most known for the film, “Game On” and has been featured in the horror genre for the film “Holiday Hell.” 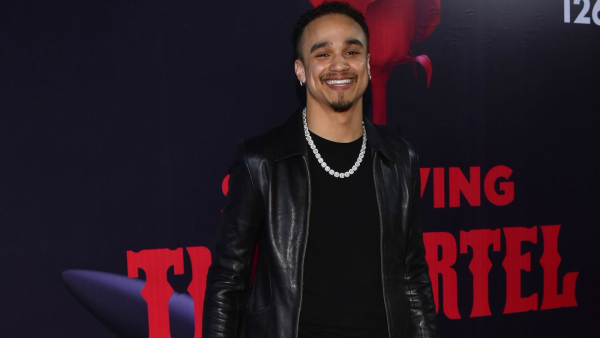 “Surviving The Cartel” features a Silicon Valley Executive who gets back to Mexico, an ex-Mexican Navy determined to get into the United States, and an El-Paso detective who fights his demons.

Reviews on popular movie websites like IMDb.com, demonstrate the series’ well-crafted art that offers a fresh, unique, and exciting plot. Some IMDb users describe it as the greatest show of all time.

Telling the fictional story of Alejandro Mateo Cardona, a Silicon Valley executive who goes back to Mexico to inherit a powerful cartel from his father, has been a seven-year fight for Ely Bams, the series creator and director.

Thanks to Bams’s genius work, Surviving The Cartel has gained an incredible fanbase who are highly excited for the second season, especially with the addition of “Netflix Narcos star” Francisco Denis. The five episodes of Surviving The Cartel can be streamed on 1265plus.com