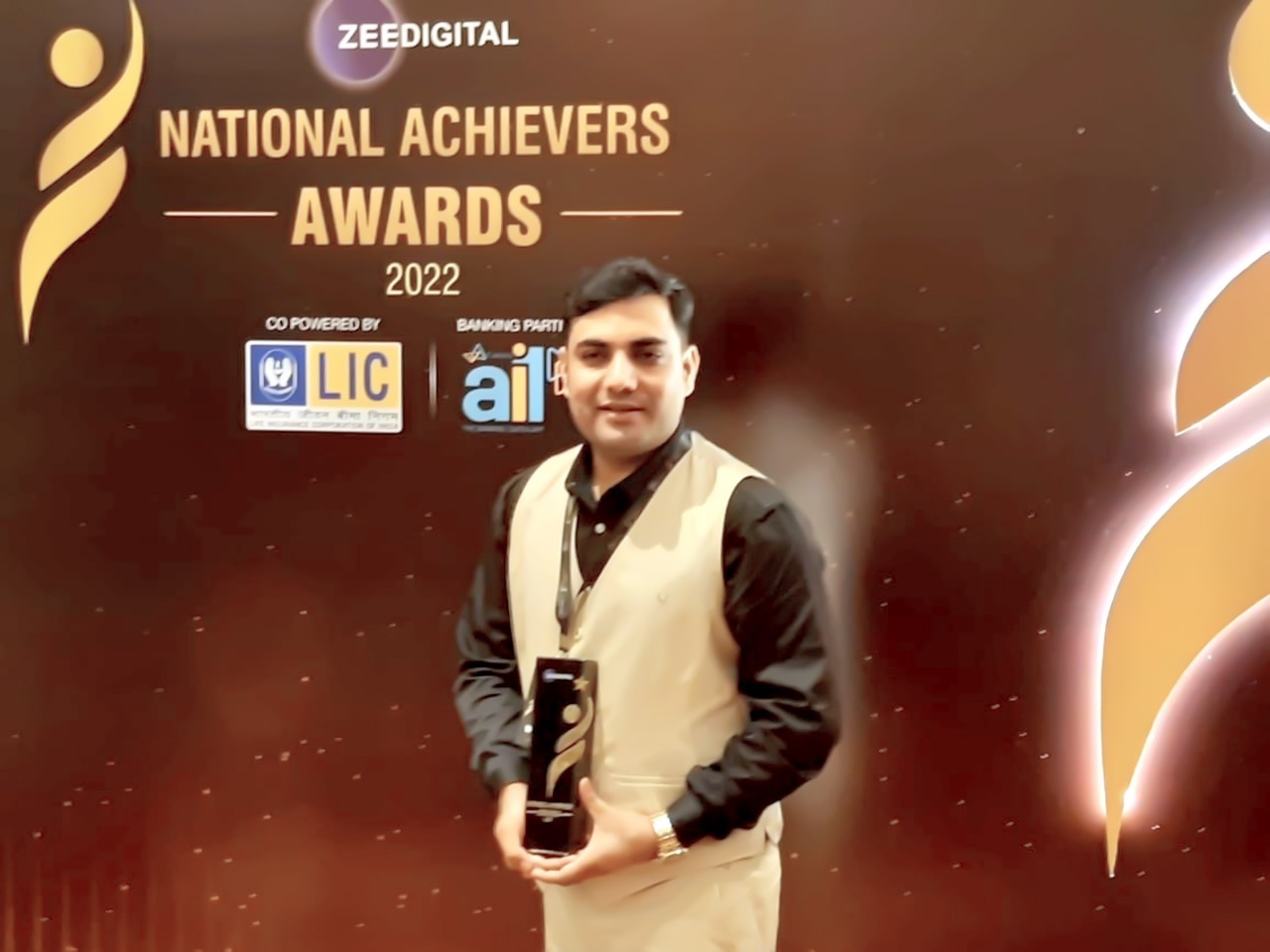 Sandeep Choudhary, who has committed his life to finding solutions to the challenge of global warming and protecting Mother Nature, has received Zee National Achiever’s Award 2022 for Social Change Maker category on 28th July 2022 at The Leela Ambiance, Gurugram.

He has been working tirelessly since then towards the reduction of carbon footprint from Earth’s atmosphere. For years, Mr. Choudhary has been a part of several initiatives that have worked towards making the world a greener and healthier place for its inhabitants. Choudhary’s path-breaking achievements as an entrepreneur and thoughtful initiatives as a save Earth activist have been recognized by the government and several national and international agencies. In the year 2016, he was invited as a delegate with honorable Prime Minister Narender Modi Ji on his Japan delegation.

Earlier this year, he was conferred an honorary doctorate degree from the American University. He has been felicitated with India’s Biggest Shaksheeyat Awards by Honourable Governor of Odisha. On World Environment Day, he was honored with the Global Business Achievers Award in Delhi. The Zee Media Group gave him the Rising Star Award for his meteoric rise as an entrepreneur. Another notable award won by him is the Best Technology Entrepreneur Award by CNBC Awaaz.

YES WORLD Token an Asset based Token that drives value from Carbon Credits and warehousing, tokenization, and standardization of voluntary carbon offsets. YES WORLD token has a strong and fast growing community that supports the biggest mission and spreading the much required awareness around the most existential threat that mankind faces today due to global warming and climate change emergency.

Yes World token uses blockchain technology to create several utilities to promote the save Earth mission and offering the kind of products and services which add value to the consumers’ lives without disrupting the environment.

As an environmentalist, Mr. Choudhary keeps brainstorming and ideating innovative methods and techniques that would contribute towards nurturing the environment.