Booklife by Publishers Weekly calls it, “[An] exceptional debut … eloquent … a beautiful story …” 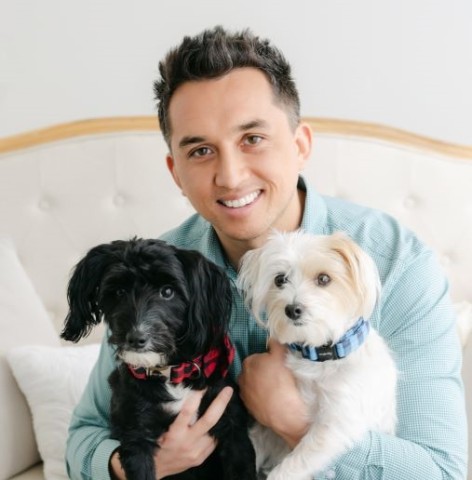 “Never doubt that a small group of thoughtful, committed citizens can change the world; indeed, it’s the only thing that ever has.” – Margaret Mead

Kerk Murray’s life changed during the summer of 2019, after rescuing a homeless puppy from the streets in south Georgia. This defining moment pushed him toward his true calling of helping at risk animals.

Following his heart, Murray decided he’d write a book to serve as a fundraiser for abused animals and start an animal advocacy nonprofit organization. After researching book production and nonprofit startup costs, he realized this would not be a cheap venture. Daring greatly, Murray left behind his ostentatious lifestyle, selling his cars and house to fund his new found passion of helping animals.

Pawprints On Our Hearts became an international bestseller, has won three literary awards, and was “A” rated by Publishers Weekly Magazine and featured in their March 2022 edition. But even more rewarding, Murray’s memoir has raised over $10,000 for abused animals. Proceeds from the book have been used to pay for life-saving surgeries and supplies for animals who were victims of cruelty.

Along with the book, Murray expanded his vision for helping animals by founding The Lexi’s Legacy Foundation, a 501(c)(3) nonprofit organization committed to ending suffering. Today, the nonprofit has helped rescue and provide care to over 1,000 abused animals and raised over $200,000 in donations and services for animal rescue organizations across the world.

Murray plans on writing several more books to advance the cause of animal welfare. He will be releasing his debut novel in 2023.