Short brief of Ryoshi’s story from the very beginning and why he is now backing up a project called GOWLD. Here is how Ryoshi vision has started. 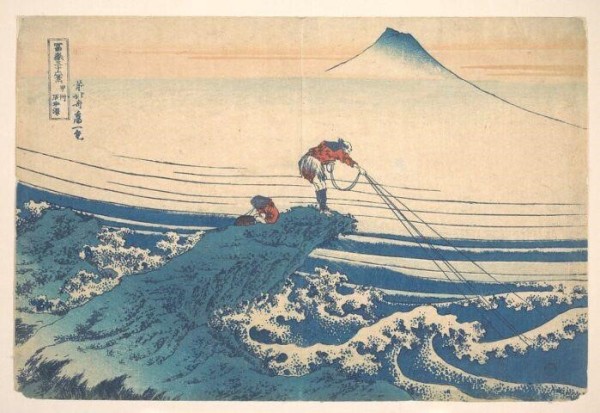 When one comes to the appointed place at the appointed time and meets some person, introduce yourself as Ryoshi. If they do the same, then one has met a special person.

Ryoshi has said from the beginning, He is nobody, He is not important. The efforts to unmask his “identity” even if successful would be underwhelming. He is just some guy of no consequence tapping at a keyboard and he is replaceable. He is Ryoshi.

However, Ryoshi understands the consequence and scope of what I have seeded into motion. He has given to people the gift of yourself. It is the process of self-actualization realized through the playing field of blockchain.

Usually when people see some “project” there is some important guy and some tech guy and some roadmap and hence someone plebs and in their minds makes “accountable” for the success or failings in their life and results of token purchases.

With Shiba, the army has from the beginning made very clear that no-one is in charge. There is no man accountable, no person responsible and no entity has the keys to the kingdom. Even as the Shiba Token “mooned” Ryoshi got many messages like “Ryo, dudes must be a billionaire now, haha” but the reality is still to this day he owns 0 SHIB. Why? Well if he did, then he can’t be who he is and for now he knows that he had a role to play. He can’t be pure and unbiased if he worries about price up and down and taking profits. (don’t worry, the great Shiba will reward him in other ways)

The end result of this is that everyone is responsible. When people ask him questions with expectations, he always sends the question back to them. Ok when Ryoshi is going to do this thing that everyone just asked him? This method makes some uncomfortable, because of inherent pre-womb entitlement issues in which man does not take responsibility for themselves, rather they look to an outside source to give them boon and if no boon, then to cast “blame”.

Ryoshi’s job is to defend the line and the brand. From the beginning, it is always the same. SHIBA is SHIBA. That is all. Anybody who comes and honors the Shiba walks equal with him. Anybody who comes and attempts to leech from the Shiba is a scammer and placed into exile. This is easy to know and then requires constant focus to continue. Everyone has seen so many “but wait, are these guys partnered with Shiba because they said they were” No of course not. Shiba is Shiba. The only way someone is involved is if they claim Shiba. And if so then they are that.

This is a page of Ryoshi, having GOWLD dextools chart opened,

The project was only at around 150k mc, Ryoshi started backing it up on July 29th and it did instant 100-150% up, after him joining a telegram. 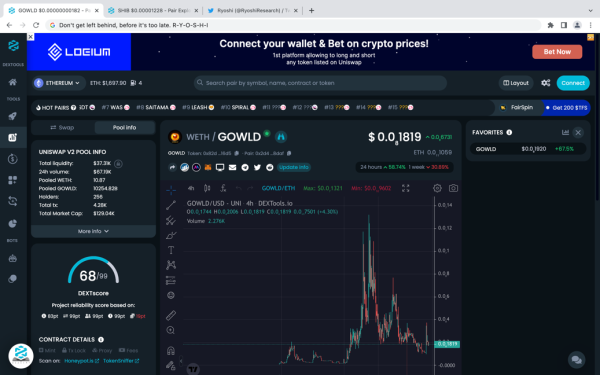 Here everyone can see his cryptic messages on the blockchain that he sends to GOWLD deployer,

This is actually Milarepa’s birthday.

Someone would ask himself/herself, what Milarepa has to do with Ryoshi. 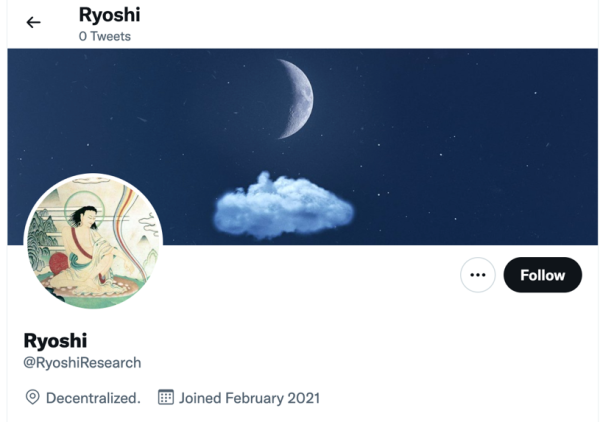 Now let’s look at one of his cryptic messages on the blockchain that Ryoshi sends to GOWLD deployer,

When the time is right, Ryoshi will tweet GOWLD. It took Him around a year to tweet Shiba Inu, so be patient. Only faithful ones are going to be rewarded

And he left a png pic that shows this. It leaves no doubt that it is Ryoshi. We can see GOWLD being on his first tab. 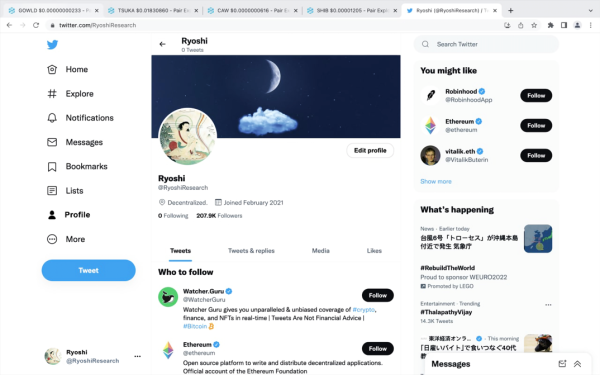 This then has been tweeted by a very huge shiba twitter account that has over 450k followers, 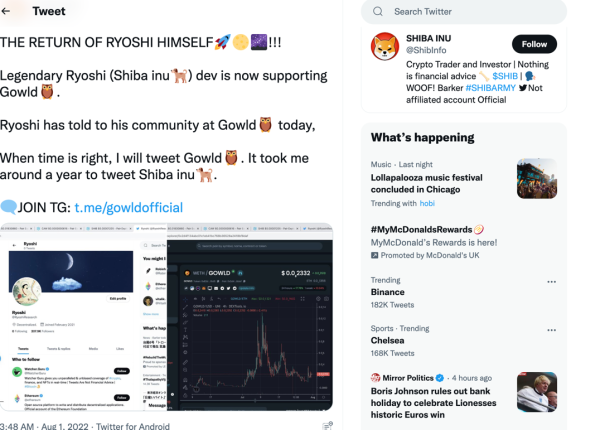 This what Ryoshi has told to his community a while ago, 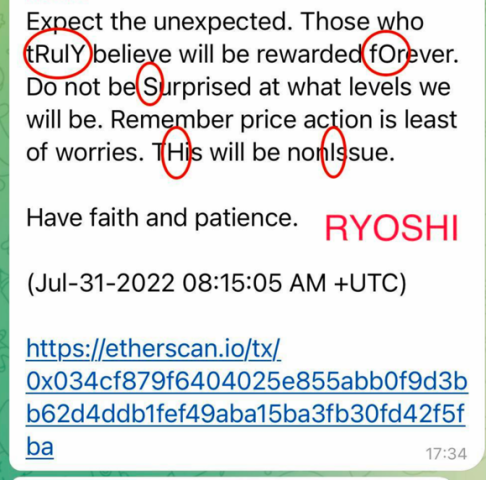 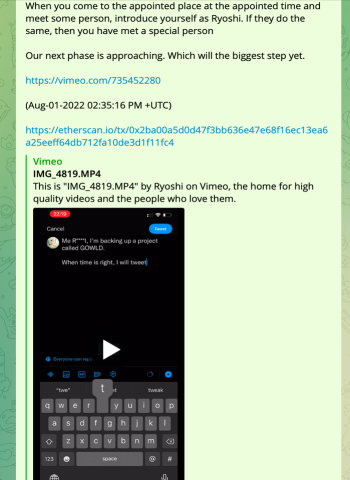 This leaves everyone with no doubt that Ryoshi is officially endorsing a project called GOWLD.