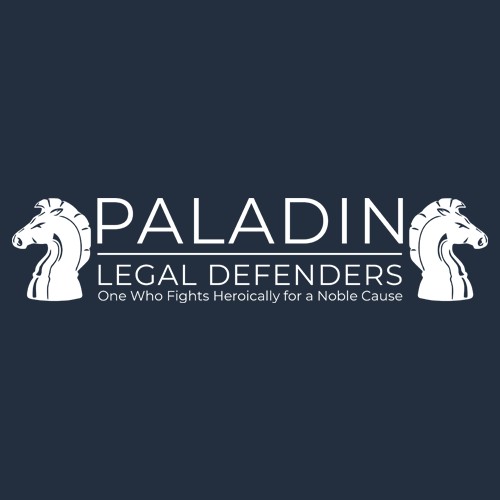 These numbers add up to nearly 10 million adults experiencing domestic violence annually, resulting in millions of court cases across the United States.

While a vast majority of cases are legitimate and warranted, misunderstandings, false accusations, and overzealous law enforcement far too often result in innocent individuals being accused of crimes they did not commit.

In fact, a poll conducted by YouGov and published by the Center for Prosecutor Integrity revealed that 8% of individuals (or nearly 20.4 million Americans) reported being falsely accused of domestic violence.

Each year thousands of California residents find themselves on the wrong side of the law, many of whom have been arrested and charged with crimes they didn’t commit.

Since its inception, Paladin Legal Defenders (PLD) has made it its mission to stand up for those wrongfully accused, and to defend its clients, wielding the full might of the law to ensure justice is served.

Being accused of domestic violence can be difficult for anyone to process, especially if those accusations are made by a life partner, boyfriend/girlfriend, spouse, relative, or close friend.

Such allegations often cause undue stress, anxiety, and fear of the unknown. But that’s not all, according to Paladin Legal, it is imperative that accused victims seek out legal counsel as soon as possible. Domestic violence allegations are taken seriously by both law enforcement and prosecutors, each of which often works swiftly to build up a case against the accused.

Those who fail to adequately defend themselves in court face serious penalties, including but not limited to incarceration.

The consequences of a domestic violence conviction go well beyond the stigma of a criminal record, impacting several areas of the accused’s life.

Potential Penalties and Consequences of a Conviction:

A domestic violence conviction is something that stays with a person their whole life, acting as a dark cloud of shame and stress that can spill over into their career, relationships, and more.

This is why it’s important for accused individuals to seek out an experienced criminal defense attorney as soon as possible.

Domestic violence cases can be challenging to defend, but an experienced criminal defense attorney can help to clear their client’s name from any alleged wrongdoing.

Although each case and circumstance is unique, the following represents a few potential avenues for developing a robust defense to such allegations.

Each accused is innocent until proven guilty in a court of law. Proving an individual guilty beyond a reasonable doubt requires significant and compelling evidence. The defense attorneys at Paladin Legal Defenders know what to look for, combing over evidence for signs of weakness, including but not limited to inconsistencies in statements, false witness testimony, the integrity of evidence, and more.

Medical reports represent a key piece of evidence and information regarding domestic abuse. Oftentimes, these reports contradict statements made by the alleged victim, demonstrating that events and/or actions may not have occurred how they said they did.

Subject to circumstances and relevant laws, individuals accused of domestic violence may have been acting within the bounds of the law to protect themselves or their children from harm. According to Paladin Legal Defenders, injuring a partner while defending themselves or protecting their children may constitute the use of justifiable force.

In some cases, evidence obtained by law enforcement or investigators was done so unlawfully. Evidence obtained through unlawful means presents an opportunity for the defense to file a motion for suppression of such evidence, sometimes resulting in cases being dismissed by the court.

Founded in 2004 by attorney Charles Stoddard, its team of veteran attorneys brings more than 60 years of combined experience to the table. With an excellent track record of client outcomes, the firm looks forward to its continued efforts to support the local community, and towards offering world-class legal representation that gets results. The firm handles a wide range of criminal defense cases. See a full list of their areas of practice here: Areas of Practice.

Those interested in a no-cost initial consultation, or in learning more about the PLD, are encouraged to reach out via its official website or by calling 714-536-9988.